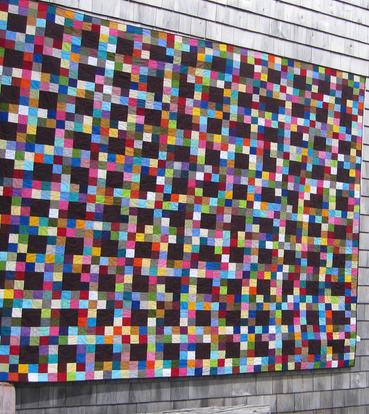 Paul's quilt honours the families who founded l'Acadie and includes the names of 305 of the 800 founding families. It reflects how these families have been linked by marriage, their communities and other events over the centuries.​

Paul talks about his quilt in an interview in Grand Pré where he photographed his quilt.

Pixels​ at the Copper Shade Tree

In conjunction with the International Quilt Festival in Houston and the opening of the Texas Quilt Museum in La Grange, Texas, fine craft gallery Copper Shade Tree hosted the Quilts by Men exhibit.

The exhibit was held in October-November 2011.

Nos Aïeuls at the Musée acadien